How Princess Yachts are built 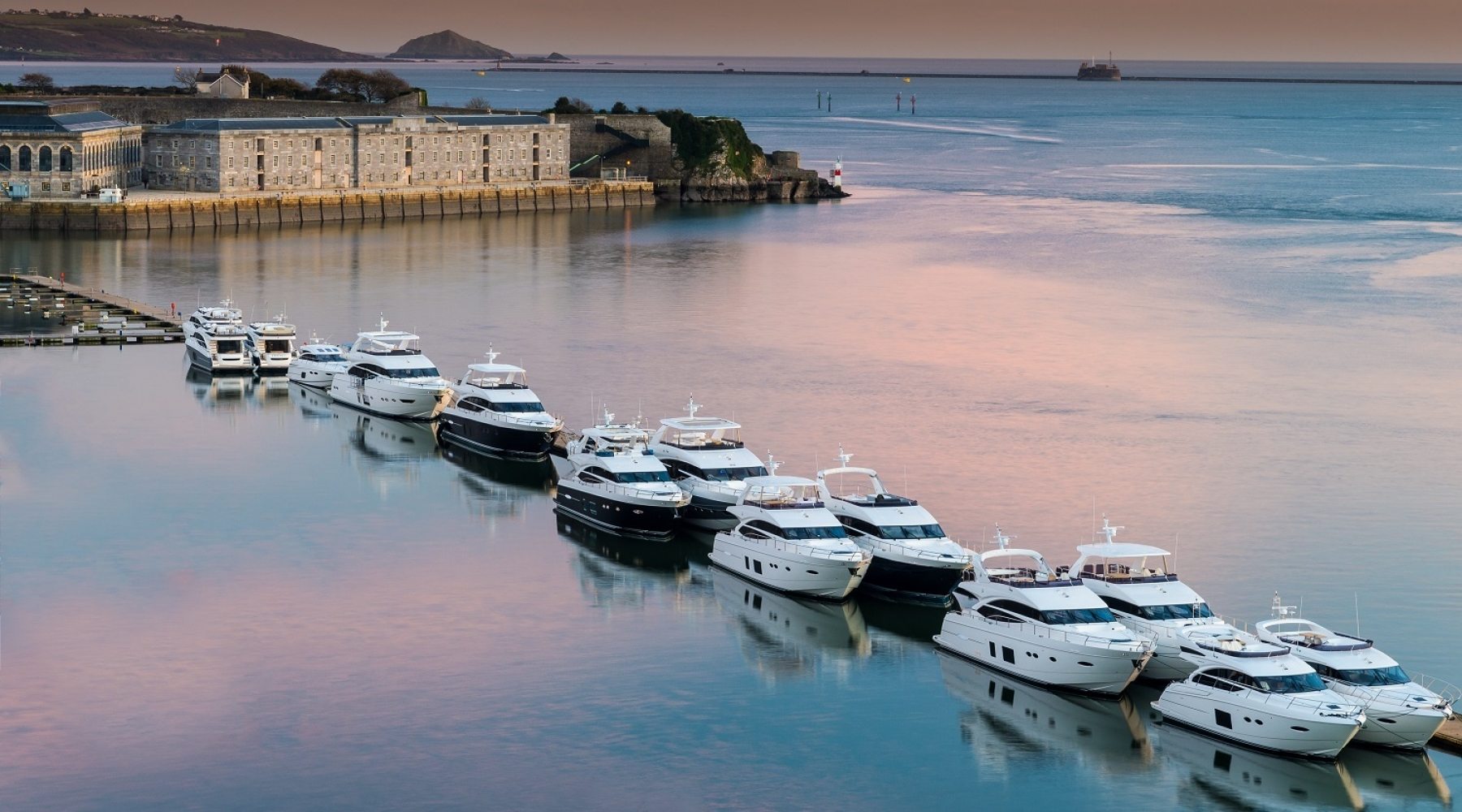 Based in Plymouth at the traditional maritime hub of England’s southwest, Princess Yachts expanded fast after the original founder moved into a rental shed on an offshoot of the River Tamar back in 1965. By the time the company had reached its 40th anniversary in 2005, it boasted 81,000 square metres of space, 1,450 employees and global sales in excess of £140 million. And following its entry into the superyacht sector in 2011 with the first of the new M Class yachts, it continued to expand. The company we see today employs more than 3000 people across seven manufacturing plants and has raised production from 230 boats a year to more than 300.

One of the most fundamental differences at Princess Yachts is the fact that the company designs and builds 80% of its components in-house. Princess runs dedicated in-house departments for a variety of specialist tasks that most builders are compelled to outsource.
For instance, Princess operates its own mould shop, where it builds its own plugs with a pair of five-axis cutting machines and uses resin infusion to create everything from its decks and structures to the hull of its 40-metre flagship. The fact that the process is controlled by computer and put under vacuum helps ensure exact fibre-to-resin ratios for greater consistency, stiffness and strength. And in addition to reducing weight for uprated on-water speed and efficiency, the absence of cumbersome stiffening beams helps optimise internal volume for increased space and versatility.
Princess also runs a dedicated metal shop, where all the stainless steel fittings are built, as well as its own specialist loom shop. Here, specialist technicians pre-assemble all the required wiring harnesses in preparation for the fit-out of a yacht – and while that gives Princess the ability to alter designs mid-build, it also enables them to incorporate customer requests with far greater flexibility than other yacht builders can achieve.
One of the yard’s most impressive assets, however, is its furniture shop. This bustling department is responsible for building all the timber elements of a Princess yacht, including the structural pieces, bulkheads, sidelinings and headlinings. And whether fixed or freestanding, it also builds the furniture from scratch, enabling it to optimise continuity throughout each yacht by using timber of precisely the same grain texture, pattern and colour.

To ensure that a new design works properly, the entire boat is built from plywood in exhaustive detail, enabling the designers to step on board and examine it first-hand – to explore head heights, door openings, spatial arrangements and furniture; to think about materials and real human usability. It enables them to inhabit the space and get a genuine feel for it in a way that a 3D CAD drawing can never achieve. Things can then be tweaked before the final design is put into production and while it does of course involve a highly skilled and labour-intensive process, its value in terms of the end product is fundamental to what Princess does.
Princess makes a point of encouraging customers to come to its Plymouth headquarters and witness first-hand how its boats are put together. It urges them to take an active role partly because it is proud of its standards and partly because a customer who is properly equipped to collaborate in the detailing of his yacht is likely to end up with something much better tailored to his needs. To that end, Princess has a team of designers dedicated solely to helping customers navigate their way through the options and select the choices that will be of greatest benefit to their favoured cross-section of boating activities.
The company’s fastidious in-house approach has an impact on the long-term quality of the ownership experience in other ways too. For instance, in addition to safeguarding the standard of each finished yacht with exhaustive sea trials encompassing more than 3,000 checks, every part of the build process is archived and traceable. That enables the yard to examine original engineering diagrams for each yacht and to identify the ‘who, how and when’ of every individual element. It can then leverage its distributor network to provide bespoke support for a customer’s yacht throughout its lifetime, even after that yacht is sold on to new owners.